She was shipped home to England in 1914 after her mother's death and was brought up by her grandparents Charles james Vlieland and Alice Edith Millen along with Clifford; she was deeply attached to her father's memory and reverted to 'Barbara Peel' 1932 or 1933, when she was 21. 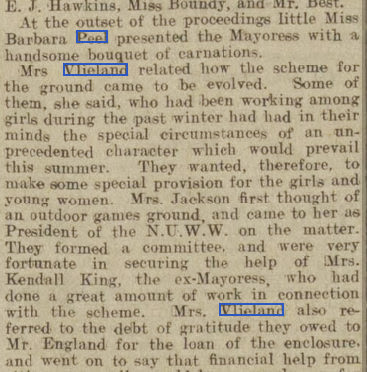 She wanted to follow Charles James as a doctor and trained at (I think) the Westminster Hospital, but failed one exam and so ended up doing other jobs in medicine.
She married Archibald Graham Petter, another actor, in February 1943, and had a son, Graham, who was stillborn, in 1945, and a daughter in December 1946.
They were 25 years apart in age –Archibald Graham Petter born September 1885 in Middlesex, was only a few years younger than Reginald Peel and only a few months younger than Frances Maude, so that when he died in November 1964 it was as if Barbara Vlieland Peel had lost her parents all over again, and she suffered a breakdown and died in August 1976
We have this information from Charles James his great-granddaughter Barbara.


Remembered on the 40th anniversary of her death. Barbara.

Posted by Jerome Nicholas Vlieland at 13:27