Today we received a Christmascard from Gilly.
And always when there is contact we find a new lead in our search for J.N.Vlieland.
With the card next to the laptop I googled Vlieland and Christmas and see what came up.
In the memoires of William Warren Vernon our Jerome is mentioned.
A reference to Jerome Nicholas Vlieland from William Warren Vernon who was his pupil at boardingschool in Hethel and also from Lord Cromer who mentioned him in a letter to William Vernon. 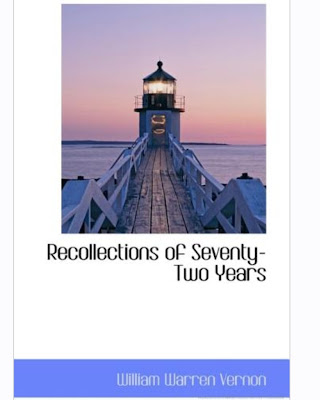 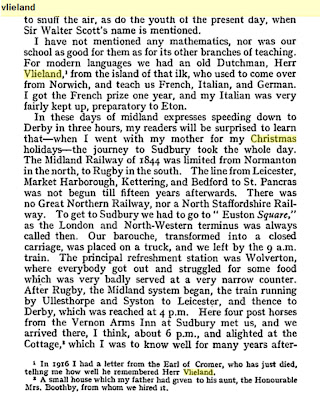 Lord Cromer Evelyn Baring (1841–1917) was the ninth son of Henry Baring and his second wife, Cecilia Anne (Windham). The English Baring family descends from John (née Johan) Baring, who emigrated from Germany in 1717. John's son Sir Francis was the founder of Barings Bank. Henry was the third son of Sir Francis. When he died in 1848, young Evelyn, then seven years old, was sent to boarding school. At fourteen, he entered the Royal Military Academy, graduating at seventeen with a lieutenant's commission in the Royal Artillery. He was initially posted to a battery on the island of Corfu.
While on Corfu, Baring became aware of his own lack of education, and began a campaign of self-education, learning Greek and fluent Italian.
And we can assume he used the books of Jerome Vlieland to do this. 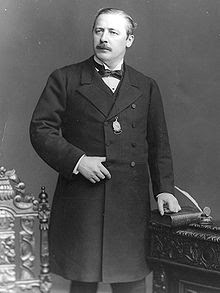 Posted by Jerome Nicholas Vlieland at 11:51