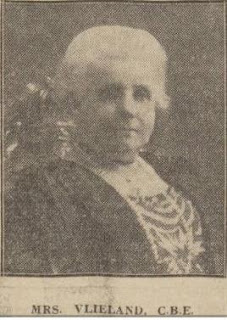 Alice Edith Millen was born 31 Mar 1861 Stalisfield Kent and died September  1944 in Surrey N.E.
She was the daughter of William Millen and Phoebe Millen née Coulson.
Wiliam Millen was a well to do farmer and land owner of Syndale Valley Stalisfield,Faversham . 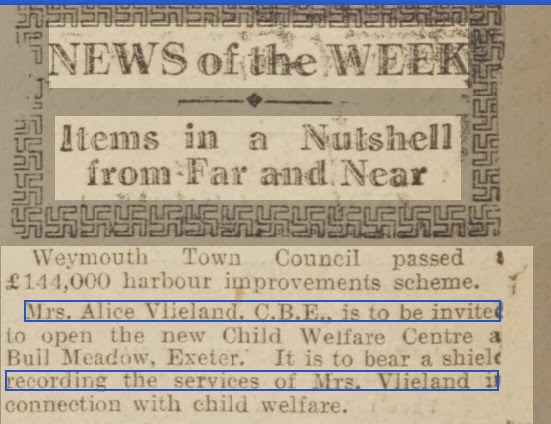 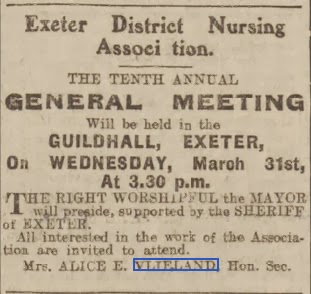 We know she known in the family as `Lally` 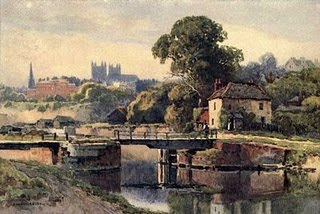 As the wife of the mayor ,the mayoress , she was involved in all kind of social functions. 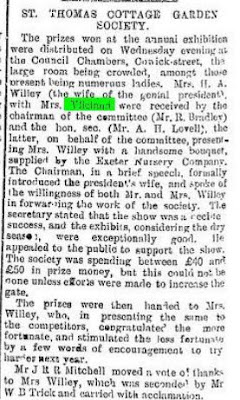 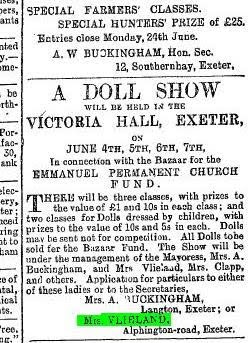 She was a great in attending  Bazars and shows and concerts

Alice Edith's Commander of the Order of the British Empire (CBE) was at least partly awarded for her work looking after new and expectant mothers in the lying-in (maternity) wards of what were then the inner-city Exeter slums of Heavitree. Mothers from poor homes were often badly nourished so that their children were born underweight and child mortality was very high; puerperal fever (child-bed fever) was also endemic in the crowded wards: it was only after the First World War that it was fully realised that doctors and midwives themselves could spread the usually fatal disease from mother to mother.

Alice Vlieland Health Centre in Exeter is named after her. 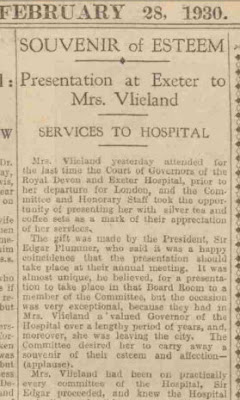 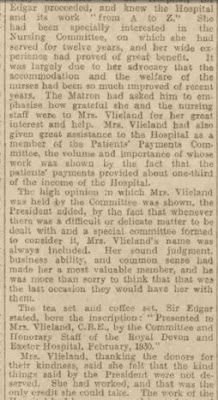 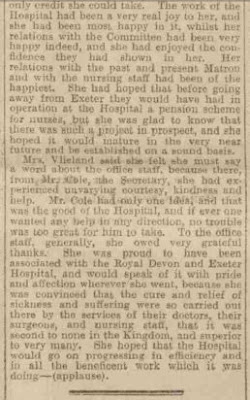 But it is sad there is no photograph or sign to explain her importance for Exeter.

The existence of local entrepreneurs in the field of public health who were independent of the council was indeed possible at this period. Mrs Vlieland, who created what was dubbed the ‘Society of Worrying Women’ and through them a network of Infant Welfare Centres for Exeter (Browne, E&E 30 Oct 1929)

was one such individual.
Saturday 01 January 1927 Exeter and Plymouth Gazette (extract)

No honour in the list is more thoroughly deserved than that. of the Commander of the Order of the British Empire which has been bestowed on Mrs. C. J. Vlieland, of Southernhay, Exeter, and it will give genuine satisfaction to her large circle of friends and those among whom he has worked so hard. The honour has undoubtedly to a great extent been given to Mrs. Vlieland in recognition of her untiring and unselfish work among the mothers and children of Exeter.

It is now 21 years since Mrs. Vlieland and a number of other’ enthusiastic members of the National Union of Women Workers embarked upon their infant welfare work in the city. The work was that of pioneers, for Exeter’s first infant Welfare Centre was started in the same year that the first similar organisation in London-St. Pancras -was established. ...

Mrs. Vlieland was one of the first lady Governors of the Royal Devon. and Exeter Hospital, for which her husband has done valuable work. She is also President of the Exeter Blanket Charity and a member of the Exeter Lying in Charity. In another phase of public work Mrs. Vlieland has done yeoman work. We refer to her work for the Conservative Party in Exeter. Up to quite recently she has been Chairman for a good many years of the women’s branch of the Conservative and Unionist Association.

The Court having been opened, the Town Clerk read the resolution of the Council in regard to the freemanship. It recorded that Mrs. Alice Edith Vlieland, C.B.E., be admitted an honorary freeman of the City and County of the City of Exeter in recognition of the eminent services rendered by her to the city, and that a record of such admission be illuminated and suitably framed for presentation …

Mayoral Tribute “You, Mrs Vlieland, have devoted your life to the welfare of the city (Hear, Hear)…during the whole of the years that have passed you have devoted practically the whole of your life to those who have needed it most, to the helpless little children, especially the children of the poor, those who, without your help would not have bad half the chance of life your work has enabled them to have.” 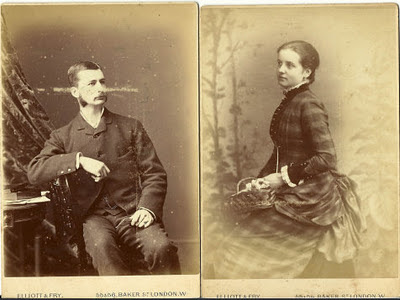 Posted by Jerome Nicholas Vlieland at 20:54 No comments:

Margaret Frances is the daughter of Charles Archibald Vlieland and Dorothy Margaret Morgan. 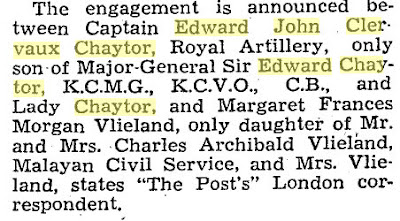 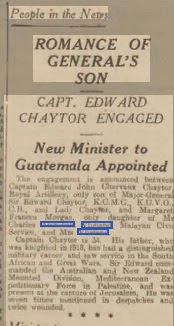 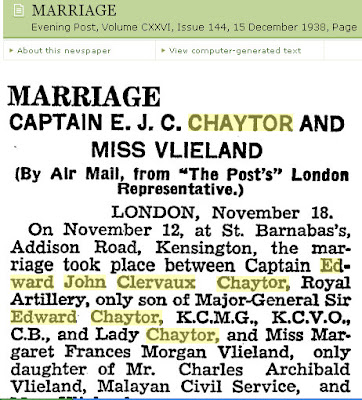 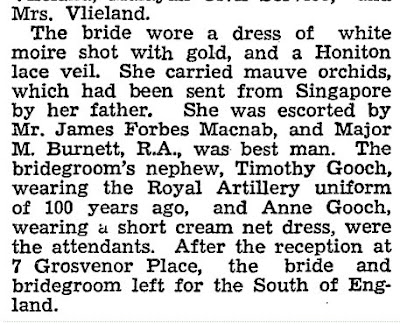 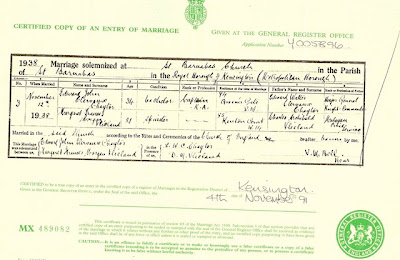 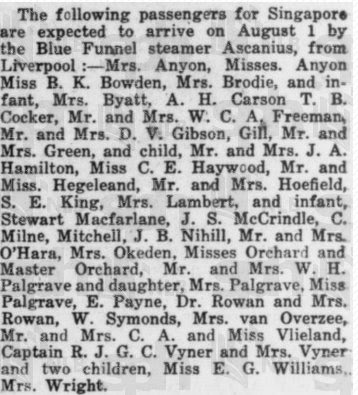 Posted by Jerome Nicholas Vlieland at 12:35 No comments:

Cornelius Vlieland and the Wasp

Today we will present another Vlieland of which we like to know more .
his name is Cornelius Vlieland and he has everything to do with The Wasp and general Pulaski.
You can read the whole story of general Pulaski.

By the afternoon of October 15, 1779, Captain Bulfinch had no room to take any more passengers. When another wounded officer, Lt. Cornelius Van Vlieland, who had lost an arm in the siege of Savannah, asked him for passage to Charleston, Bulfinch arranged to send him on another ship. In the sequence of events, it looked as if the visit of Lt. Van Vlieland came before the death of Pulaski. Otherwise, Pulaski's death created a vacancy on the Wasp, and had the young lieutenant waited, Bulfinch would have had space for him. 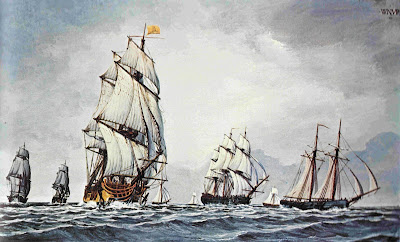 Partly because of his occupation with the one-armed officer, Bulfinch was not entirely aware of the preparations on the Wasp to make a coffin out of pine boards either at hand or on the plantation for Pulaski's body. From the evidence of their work, as was seen in 1853 and 1996, the officers and crew of the Wasp prepared to bury Pulaski's body in his military uniform with a flag draped over it.

What happened next?
After reading all about general Pulaski we know there was a Cornelius Vlieland .
And this is about his death. 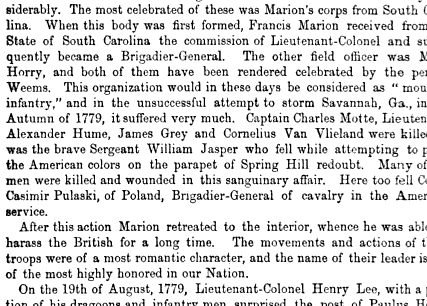 On the internet we found yet another Vlieland in the U.S.A. in 1779.
Cornelius van Hempstead Vlieland.
The  Hempstead  may have been standing  for either Hemel Hempstead, England or the Dutch city of Heemstede

we heard of the dead of Cornelius  together with General Pulaski  and the siege of Savannah
Unwaried Patience and Fortitude: Francis Marion's Orderly Book
Door Patrick O'Kelley 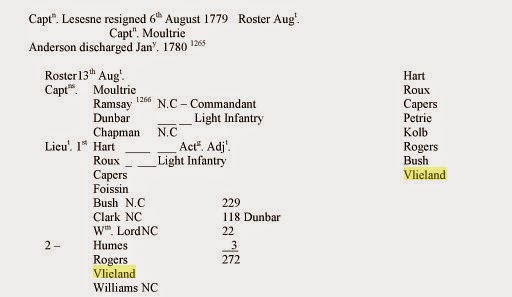 from general Pulaski
By the afternoon of October 15, 1779, Captain Bulfinch had no room to take any more passengers. When another wounded officer, Lt. Cornelius Van Vlieland, who had lost an arm in the siege of Savannah, asked him for passage to Charleston, Bulfinch arranged to send him on another ship. In the sequence of events, it looked as if the visit of Lt. Van Vlieland came before the death of Pulaski, as Pulaski's death certainly created a vacancy aboard. Had the young lieutenant waited, Bulfinch would have had space for him.

The day I found Bulfinch's letter to him from Thunderbolt, or "Tunder Bolt" as he spelled it, was especially important. On October 15, 1779, Bulfinch wrote:
Sir, I beg leave to acquaint you that agreeable to your orders I took on board nine pieces of the artillery which was the most I possibly could take on. Mo'over, I even was obliged to put some of the carriages on board the Schooner that carry the French wounded. I likewise took on board the Americans that was sent down one of which died this day and I have brought him ashore and buried him. They have put only one lad on board to attend the sick. I should be glad your Excellency would order some others on Board to attend them. Capt. Vlyland (sic) came down this afternoon. There was no place to put him. The Eagle whom he was to have gone on board, went away this morning and left him. I made interest with the French Gentleman who has the directions of putting the wounded on board the other schooners for Charleston and got him on board one of them. I am with the highest esteem, Sir, your most Re Obdt Sevt Sam Bulfinch 5 Immediately after the Wasp left Thunderbolt Bluff at high tide the following morning, quite possibly the only remaining people who knew where Pulaski's body was buried were the denizens of Greenwich plantation, across the road from Bonaventure, home to Mrs. Jane Bowen, her four children, her brother, and their servants. At the time Bonaventure was not occupied by the plantation owners. During the British occupation of Savannah, the Tattnalls and the Mulrynes, who owned the plantation, fled to Savannah or one of the British islands in the Atlantic for safety

from
Roster of South Carolina Patriots in the American Revolution. Volume II, K-Z

It was perhaps because of the Siege's reputation as a famous British victory that Charles Dickens chose the Siege of Savannah as the place for Joe Willet to be wounded (losing his arm) in the novel Barnaby Rudge.


Posted by Jerome Nicholas Vlieland at 12:18 No comments: