Lucy Emma Kesson was married to Edward Parker .
She was born in Middlesex in 1842 as a daughter of John Kesson and Maria Kesson

Posted by Jerome Nicholas Vlieland at 20:18 No comments:

Posted by Jerome Nicholas Vlieland at 20:19 No comments: 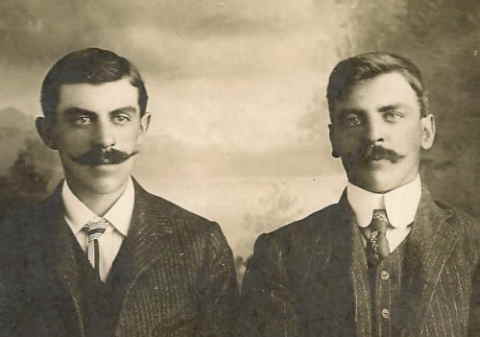 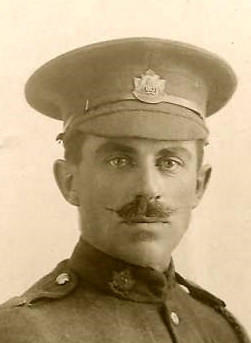 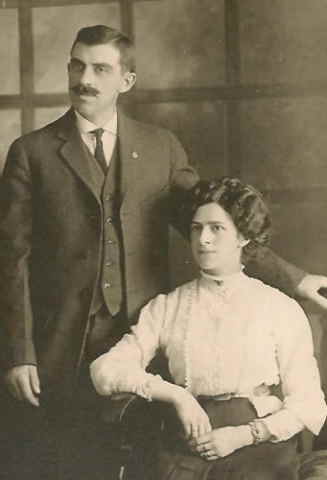 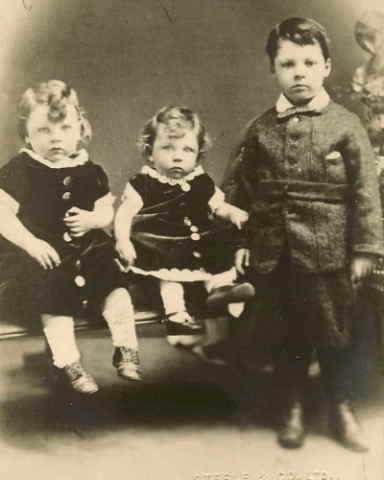 Harry and his brothers
Posted by Jerome Nicholas Vlieland at 12:51 No comments:

The church is medieval. The church was restored in 1887 when a partition separating the chancel from the nave was removed, and new windows were inserted in the Transepts. The box pews were replaced with chairs and the angels in the roof were gilded.
Organ

The church purchased an organ dating from 1887 by Norman and Beard. A specification of the organ can be found on the National Pipe Organ Register.
Present use

At present it is a bookshop and café.

Ray wrote to Find A Grave for pictures of the graveyard and received this answer.


Greetings from Find A Grave,

We are writing to let you know that a Find A Grave volunteer has reported a problem with your photo request for Jerome Vlieland.

The general problem they reported is:
I searched the entire cemetery and could not find the grave

They also reported, specifically:
Saint Michael at Plea is in the centre of Norwich, there are now only a couple of tombs in the churchyard, no other headstones etc.

Your photo request is still active and has not been removed. Hopefully, another contributor can fulfill your request. If you can fix the problems that were reported or have additional information that might help a volunteer photographer, please delete this request and create a new one, adding the additional information you have.

Link to your photo requests: http://www.findagrave.com/cgi-bin/fg.cgi?page=rapList&rapMode=contributor&rapContributorId=48880569


Posted by Jerome Nicholas Vlieland at 12:04 No comments:

Posted by Jerome Nicholas Vlieland at 22:02 No comments:

In the Canadian census Ontario

Leonard and Grace had at least two children
Hereward Parker and Earle E Parker who was born 24 December 1894 in Boston Mass.

Born in Birmingham, England - Barnardo took him into care in 1902, and he was sent to Canada on 20th Mar 1903, on the "Canada", destination Toronto. On arrival he was placed with a Mr Leonard Parker at Newbliss, Ontario. He stayed with that family until about 1908 (15 yrs) and is then supposed to have gone working on the Railroads.Thereafter I do not know what happened to him, the last report from Barnardo was dated 1909 saying he re visited Leonard Parker in the winter of 1908/9 and was working as a "Firer" on the railways. Family lore says he joined the CEF during WW1 and died in France, but this is not proven. 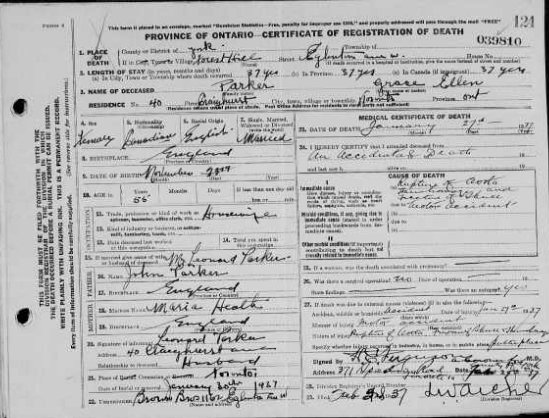 Posted by Jerome Nicholas Vlieland at 20:16 No comments: 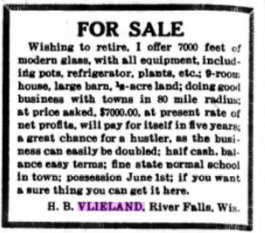 Posted by Jerome Nicholas Vlieland at 20:15 No comments: 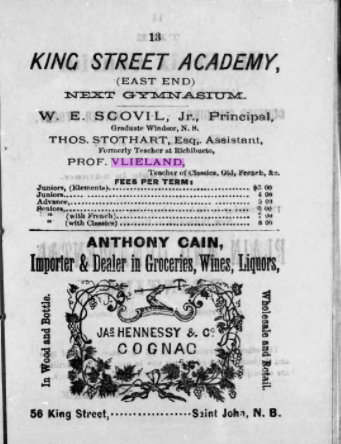 Titel: Livingstons Guide Book to St. John and the St. John River for 1870: With an Account of the Fishing Grounds of New Brunswick
Onderwerp: Rivers, Fishing, Cours d'eau, Peche sportive

Who can this Professor Vlieland be ?
We know now it is George Heath Vlieland .

This is 1870 St .John New Brunswick Canada .
Posted by Jerome Nicholas Vlieland at 20:39 No comments:

Lerwick and the Dutch 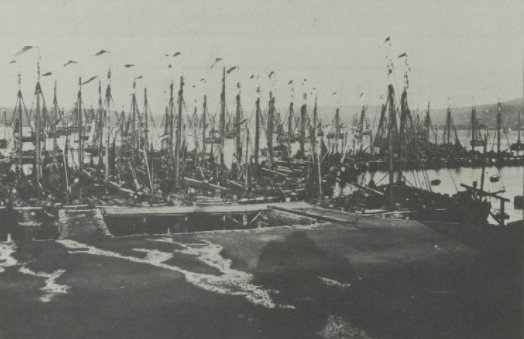 Dutch fishermen had their base on the Shetland Isles .


Dogs en peppermint were well known articles for the Dutch herringfishermen.
The dogs from Lerwick were earthenware en was a souvenir in many fishermens house on either side of the clock on the mantelpiece.
as the postman delivered a card from Shetland .He shouted "mother they have gone for doggies"
at the end of the last century the Dutch bomships sailed to Shetland at the end of May.
In the weekends the like to enter Lerwick .They did not liked to be out at sea on a Sunday.
But to do some shopping or maintenance as well .
When anchored, the men went ashore. 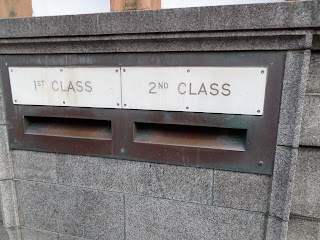 First to the postoffice to collect or send telegrams and postcards .

Then for a walk in the long and winding headstreet of Lerwick,Commercial street. 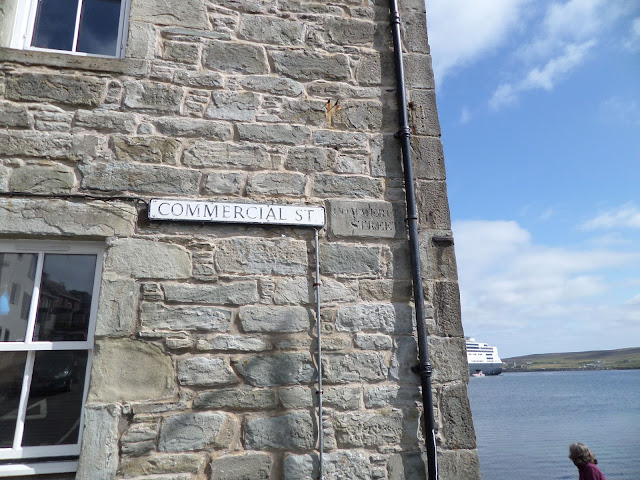 After buying peppermint often followed an other purchase.The acquisition of two dogs.

Not made in Shetland but made in England.

Although the tobacco ,sold as Dutch hurl by the Scots was available in the shops ,the fishermen brought there own tobacco to trade with the Shetlanders.
The last Saturday of June was known in Shetland as "Dutchmen 's Saturday".
It was the busiest day of the year in Lerwick.
In commercial street the sound of the clogs en the smell of the Dutch sigars was very existing.
After June it was not so busy anymore,because they went to more southern fishinggrounds.

Although the fishermen did not want to be out at sea on a Sunday , they were also superstitious
Near Lerwick is the lighthouse of Bressay it stand on a picturesque rock with a natural gate underneath.
The Katwijk fishermen called it Granny's gate .
Everytime they passed this gate they would throw a penny overboard .
Only this way you had a safe arrival.
Posted by Jerome Nicholas Vlieland at 17:47 No comments: 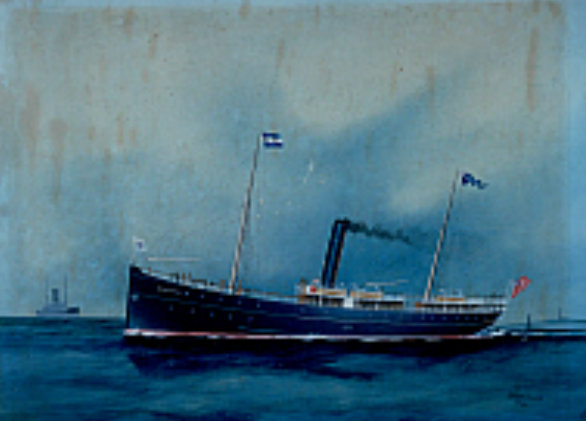 During our last trip we did another place that is in our blood, and that we  wanted to visit for many years.
The fishermen of Noordwijk and Katwijk  and Scheveningen went every year herring fishing near Lerwick.
Our Grandfather went there as well as a seventeen year old boy.
He told us many a time about his big adventure.
He fell ill with typhoid and could not stay on the vessel he came on The SCH 352.
This happened on the 25th Of June 1898. 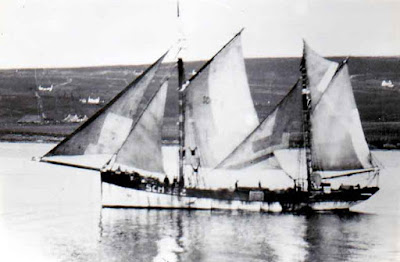 It was even in The Shetland Times.Almost 100 hundred years ago. 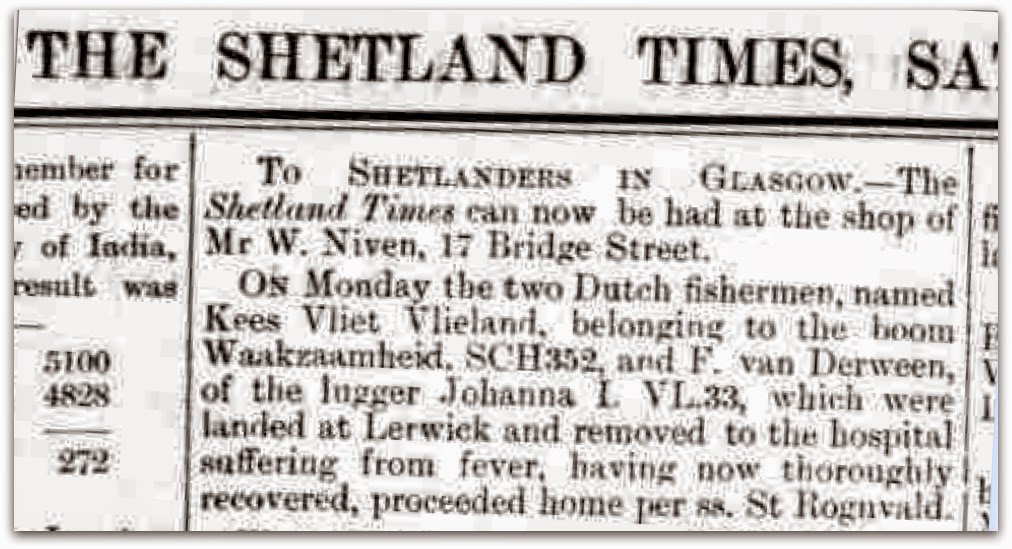 The Dutch vicar L van der Valk , who felt sorry for the lad ,took care of him and placed him in the hospital and later took care of him in his own house.
On the 27th of August he was allowed to return home.
The minister was there to take care of the 3000-4000 Dutch fishermen that visited Lerwick.He stated that there was hardley any drunken or misbehaving Dutchmen .

He went then with our grandfather back on the ss  St Rognvald . 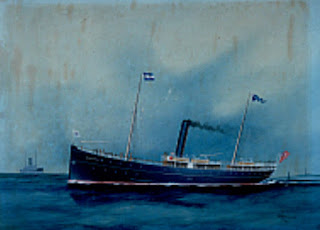 The trip back to Holland could not done  by herringship, but had to be done by ferry and  overland.
So they went this wayfrom Lerwick to Aberdeen and from there  to London.
And there Grandpa told us this remarkable story.....
I had to go to the toilet and there was not one .
"so I had to do it in some bushes"
However I was spotted by a Bobby .
Who told me "that will cost you a pound".
I replied.... looking at what I produced.....You can take that pound .There is more then enough there...
Grandpa did not go to sea anymore but worked in the bulbfields instead.
The fishermen brought back not only the herring but also Staffordshire flatback dogs and peppermint.


Posted by Jerome Nicholas Vlieland at 20:54 No comments:

Also during this holiday we visited St Johns Canada.
The place where George Heath Vlieland was buried. 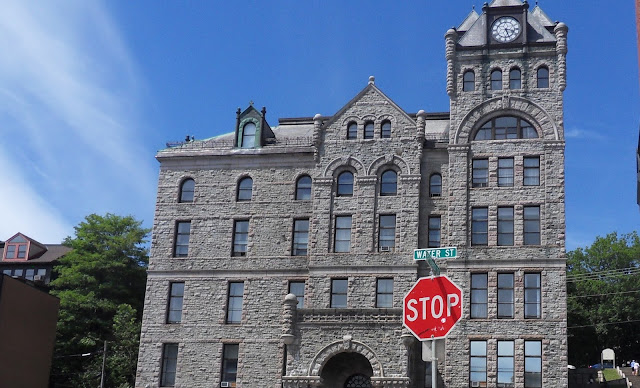 Posted by Jerome Nicholas Vlieland at 14:37 No comments:

Halifax and the Atlantic 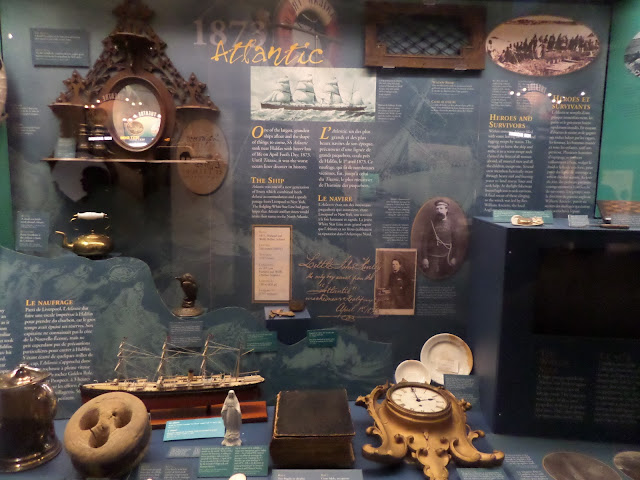 visiting the Halifax maritime museum the story of Thomas Dunn comes alive.
Here it is once more.

More on Thomas and the S.S.Atlantic
Posted by Jerome Nicholas Vlieland at 18:08 No comments: