Posted by Jerome Nicholas Vlieland at 20:33 No comments:

wedding of Mark and Sarah Tower her parents


We think John Vlieland is still married to Mary Grimmer at that time.. 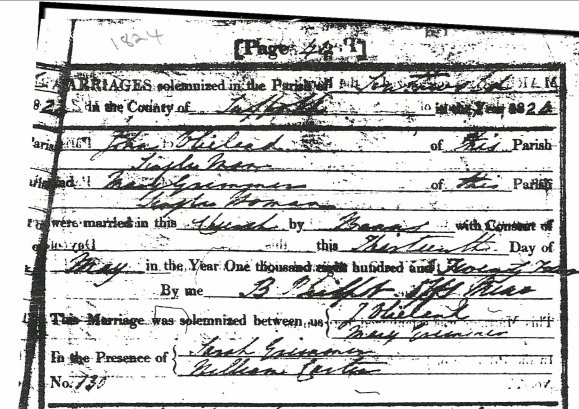 Another John Vlieland is married in 1838 to Jane Martin . 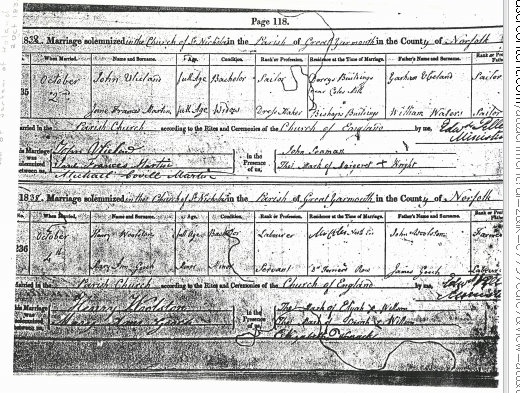 This Jane remarries as John dies .

Posted by Jerome Nicholas Vlieland at 20:35 No comments:

In the Old Parochial Register for Glasgow, Lanarks for his birth, the entry is:

In 1815 there is evidence he was already in business with the Trotters:

Neither the date nor the place look right, though. (Who would be called George Brown!)
_________________
Arms Generally notes for George Brown
Arms: Azure, a chevron chequy argent and sable between three fleurs-de-lis of the second.
Crests: A lion rampant gules, holding in his dexter fore-paw a fleur-de-lis argent.
Motto: Over the crest: Fortitudine et fidelitate.
Will notes for George Brown
Hiw will is dated 14th Nov 1828 with a codicil of 15th Nov 1828 and was proved on 27th April 1829.

He left his estate equally between all his children with a substantial jointure for his wife Margaret.

Powys-Lybbe Forbears -
Posted by Jerome Nicholas Vlieland at 11:52 No comments: 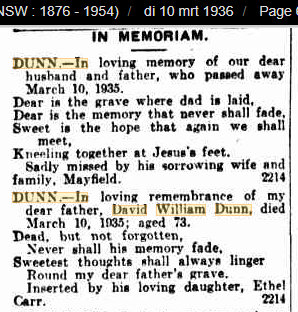 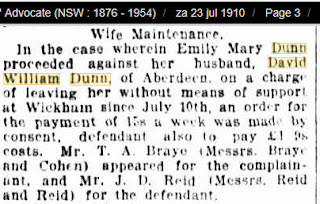 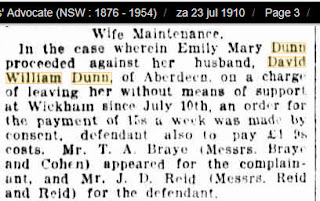 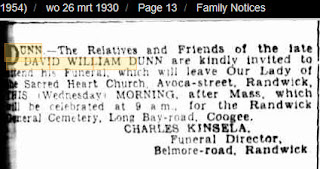 More on the Dunns
Posted by Jerome Nicholas Vlieland at 22:14 No comments: 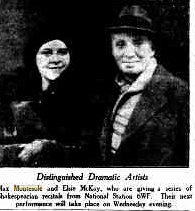 Posted by Jerome Nicholas Vlieland at 14:04 No comments:

Posted by Jerome Nicholas Vlieland at 22:13 No comments:

Daniel C Carr had a school in Fakenham.
In which Jerome Vlieland was an assistant teacher at the age of 15 .
1841 census. Fakenham, Norwich Road, Norfolk. In the Parish of Fakenham Lancaster, Jerome Vlieland aged 15 years.
School masters assistant with 23 pupils aged between 11 and 14 years with 5 servants.
Daniel Carr wrote a book about Linnaeus and became a doctor or maybe just said he was a doctor.
He then started writing medical books. 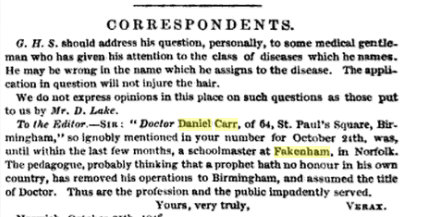 Posted by Jerome Nicholas Vlieland at 22:10 No comments: 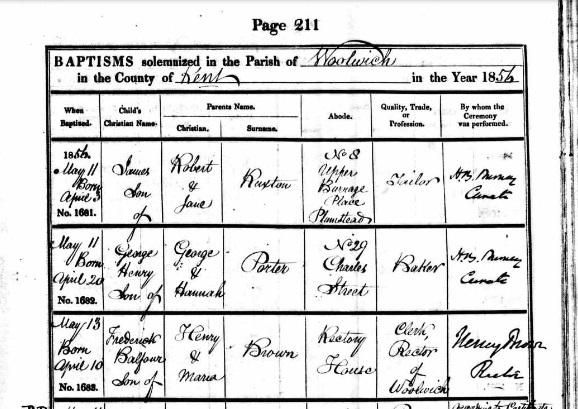 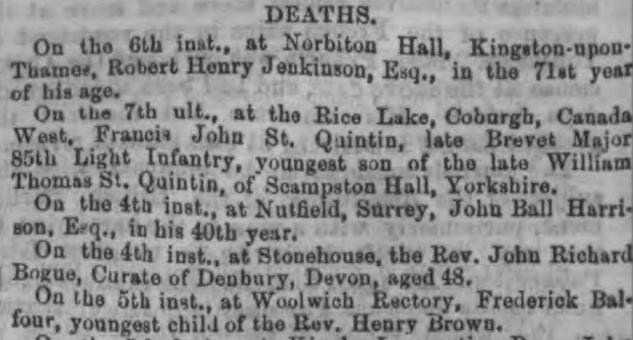 More information : The Browns
Posted by Jerome Nicholas Vlieland at 21:05 No comments:

Henry Blomfield Brown in the papers

yesterday before Mr T. D. S. fleron, P.M.,
to consider the application of Henry Blom
field Brown for a lease of the Elsie gold
mining claim, situated at Steiglitz, No
objections were submitted, and the necesa
sary evidence having been taken, the oonrt
was adjourned pending the decision of the
Minister of Mines on the application.
May 29 1888 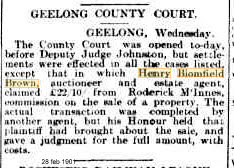 The County Court was opened to-day,
before Deputy Judge Johnston, but settle-
ments were effected in all tine cases listed,
except that in .which Henry Blomfield
Brown, auctioneer and estate agent,
claimed £22/10/ from Koderick Al 'Innes,
commission on the sale of a property. The
actual transaction was .ompleted by
another agent, but lüs Honour held that
plaintiff had brought about the sale, and
gave a judgment for the full amount, withcosts. 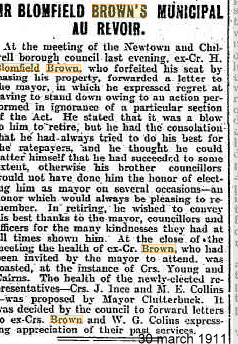 Posted by Jerome Nicholas Vlieland at 21:55 No comments:

Posted by Jerome Nicholas Vlieland at 11:16 No comments: 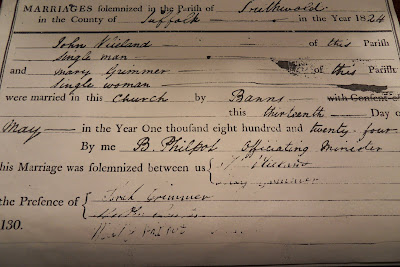 In 1842 Mary Vlieland widow marries Robert Denny .
She was a servant .

And when you find information on a Grimmer family in Yarmouth you read it and think maybe there is a clue in it. So here is what we found

On the 1911 census John McDonnell’s grandmother, sixteen-year-old Louisa Grimmer, is living in Stanley Road, Great Yarmouth, with her parents Albert and Louisa and working as an errand girl in an oil-clothing factory. Her father is a general labourer in the fishing industry. The 1911 census included new questions on fertility and mortality, asking, for each married woman, how long her present marriage had lasted, how many children had been born, how many were still alive and how many had died. The entry for Louisa Grimmer makes sad reading: she had been married for 16 years and had had six children of whom only one, Louisa, was still alive. Albert and Louisa had married in Great Yarmouth in March 1895. Albert was nineteen and a coal hawker; Louisa Hunt was eighteen and heavily pregnant. Daughter Louisa was born a few days later.


The Grimmer’s marriage certificate gives Albert’s address as Row 28. The Rows were a feature of town layout unique to Great Yarmouth: narrow alleyways running parallel to each other from east to west. Originally built in medieval times, they once contained houses for both rich and poor but by Albert’s time had become a working class area. At the beginning of the nineteenth century the names of the Rows, such as Kittywitches, were replaced by numbers. There were 145 Rows in all, described by Charles Dickens in these words:


“A Row is a long, narrow lane or alley quite straight, or as nearly as maybe, with houses on each side, both of which you can sometimes touch at once with the finger tips of each hand, by stretching out your arms to their full extent.”


The Rows were badly damaged by bombing in World War II and after the war the remainder were destroyed to make way for new development, leaving just one or two houses to be preserved by English Heritage.


Albert had grown up in the Rows. The 1881 census finds him in Row 60 with parents Benjamin, a coal heaver, and Amelia, and eight brothers and sisters. In 1891 Albert has left the Rows and we find him aged 16 an inmate in Buxton Reformatory, near Aylsham. In 1905 Albert (5ft 5in, brown eyes and black hair) enlisted in the Army Reserve and was mobilized in August 1914 and posted to France. He was discharged from the Army in 1916.


Albert’s father Benjamin had also grown up in the Rows. On the 1851 census he is living in Row 91 with widowed mother Jane, a charwoman, and six brothers and sisters. Six years earlier tragedy had struck the family, when Benjamin’s older brother William, aged eight, had been one of the victims of the Great Yarmouth suspension bridge disaster.


In the spring of 1845 William Cooke’s circus had come to Great Yarmouth and, on May 2nd, staged a publicity stunt on the River Bure. Crowds, some of them local and some having come by train, gathered on the banks of the river to watch Nelson the Clown towed upriver in a bathtub pulled by four geese. As they approached the suspension bridge at North Quay, hundreds of spectators, including children, crowded onto one side of the bridge to watch them. One of the suspension rods snapped under the weight, the chains gave way, and the spectators were tipped into the river. Some managed to reach the banks, some were rescued by boats, but 79 people died. The victims included 59 children, one of them William Grimmer.


In 2013 a memorial to the victims was unveiled near the site of the disaster. Local residents raised £5000 for a black granite slab listing the names of victims.


https://pottoingaround.wordpress.com/2017/04/29/the-grimmers-of-great-yarmouth/
Posted by Jerome Nicholas Vlieland at 11:59 No comments: 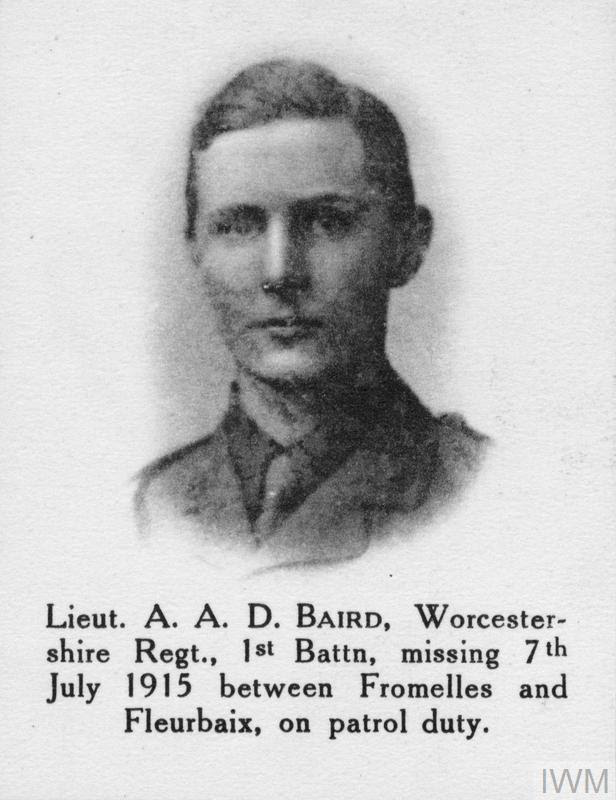 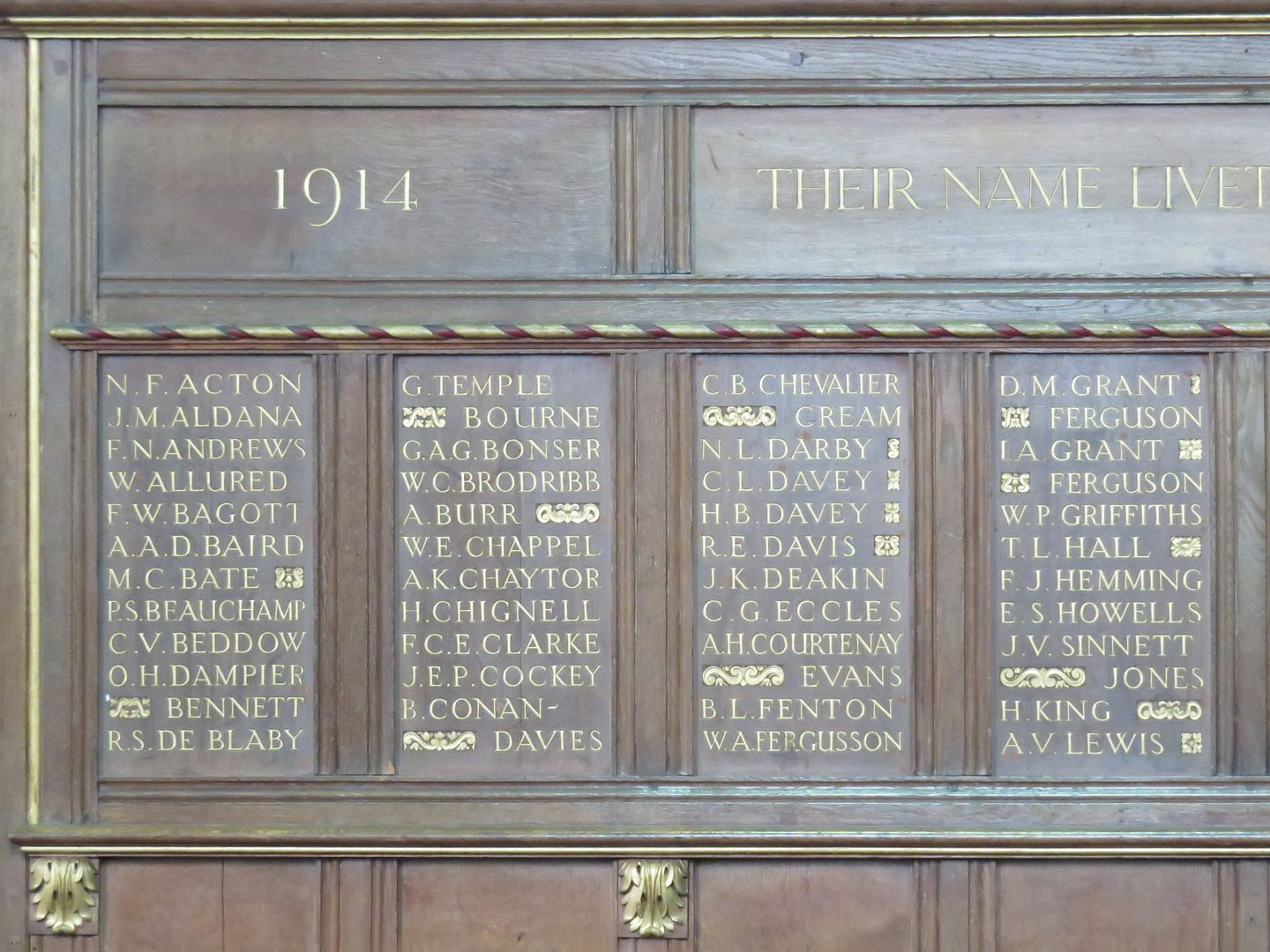 Posted by Jerome Nicholas Vlieland at 21:16 No comments:

Posted by Jerome Nicholas Vlieland at 12:39 No comments:

Note: Sydney was living with his father and stepmother 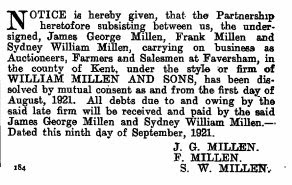 Posted by Jerome Nicholas Vlieland at 12:37 No comments:

He was born as son of Henry Blomfield Brown and Minna Spencer Wills.
He owned an ananasplantation in Honolulu.

From this plantation we found

A Pacific Industry: The History of Pineapple Canning in HawaiiDoor Richard A. Hawkins 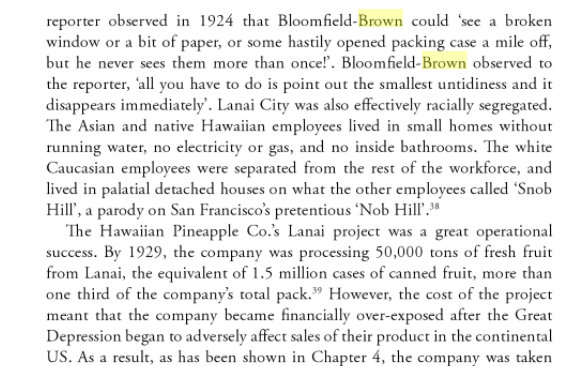 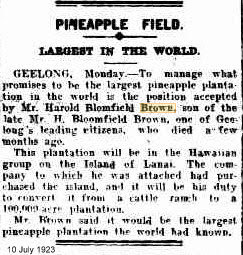 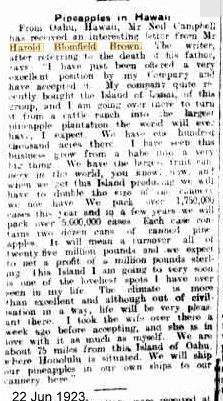 J 'xs. Blomfield Brown, Carmel, Mathoura
Fix this textroad, Toorak (Melbourne), Is expecting her
son and daughter-in-law, Mr. and Mrs.
Harold Blomfield Brown, with their daugh
ter, Bertha, on a visit from their home in
Honolulu. They are arriving by the
Mariposa on November 9, and will stay
at the Oriental Hotel, Collins street.

Posted by Jerome Nicholas Vlieland at 21:54 No comments:

He was the son of Lt.-Gen. Percy Hill and Harriet Cecilia Steuart.
He married, firstly, Margaret Anne Hamilton Stewart, daughter of Lieutenant Charles Stewart, on 18 April 1872.
He married, secondly, Alice Margaret Brown, daughter of Rev. Canon Henry Brown, on 21 June 1892.
He married, thirdly, Elizabeth Ann Raworth, daughter of George Raworth, in 1899.
He died on 8 May 1923 at age 75.
He gained the rank of Captain in the Rifle Brigade. 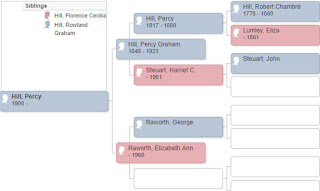 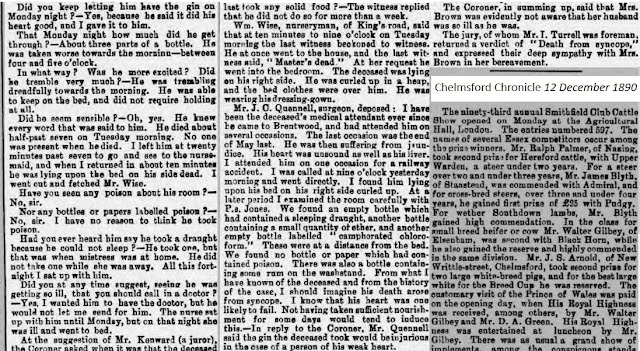 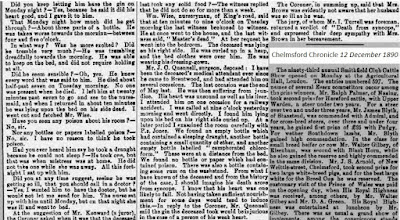 More information : The Browns
Posted by Jerome Nicholas Vlieland at 21:04 No comments: