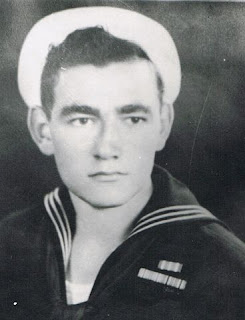 A picture of Russell Herbert Bloomfield in his navy days . 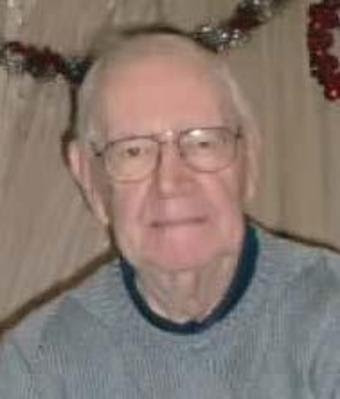 Russell Herbert Vlieland
June 25, 1924 - July 24, 2013
Russell was born and primarily raised in River Falls, Wisconsin.
He moved to Oregon in 1984. He was in the Navy during WWII and was on the Enterprise.
He was married on 12/23/1948 to the love of his life, Clara Ruth Vlieland, in South Gate, CA.
He spent time working as a machinist. He enjoyed fishing, hunting, camping and visiting family and friends.
He was a member of the Capital Baptist Church.
His survivors include daughters Gail Cunningham (Gary), Jeanette George (Bill), Julia Seibel (Ken); son Jeffery Vlieland (Chris); 8 grandchildren; 9 Great-Grandchildren; and 1 Great-Great-Grandchild.
He is preceded in death by his parents Russell and Mabel Vlieland; Brother William Vlieland; and his wife Clara Ruth Vlieland. A Christian service will be held at Silver Creek Assisted Living- 703 Evergreen Rd. Woodburn, OR at 2:00pm on Aug. 3, 2013. Memorial Contributions can be made to Willamette Valley Hospice. 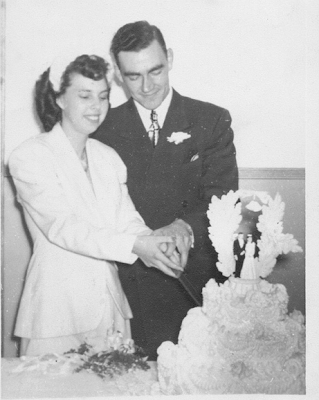 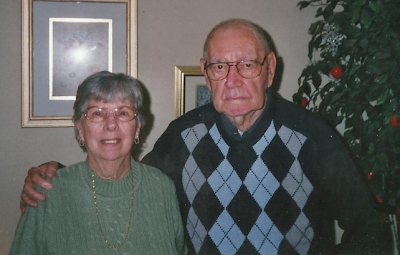 Posted by Jerome Nicholas Vlieland at 12:56