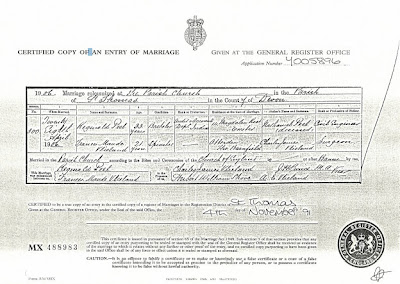 This is slightly left-field of the blog, but fascinating. William Herbert Shove, Fanny's best man, was the son of with Bertha Millen of Faversham. She was the sister of Alice Edith Millen. 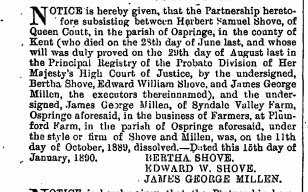 He got a DSO at the age of 30 for his part in a submarine attack in October 1917, and the OBE at the age of 53 in 1940. He served in the Second War as an Acting Captain at the shore establishment HMS Eland in Freetown, Sierra Leone, 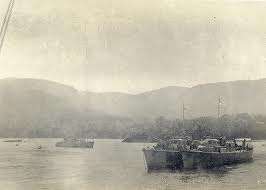 and was transported mortally ill to England on the SS Edinburgh Castle in 1943, dying on board ship. 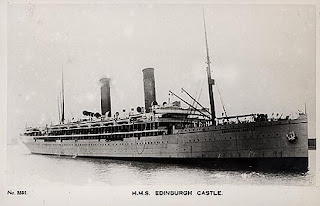 He is on the Roll of Honour at St Margaret of Antioch church, Ditchling, Sussex (picture on the web) and is buried in Arnos Vale graveyard in London.
I see from the marriage certificate that Reginald also came from Exeter, so the chance of him being an accountant there in the 1920s becomes a lot more likely ... 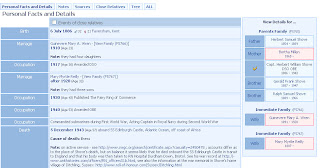 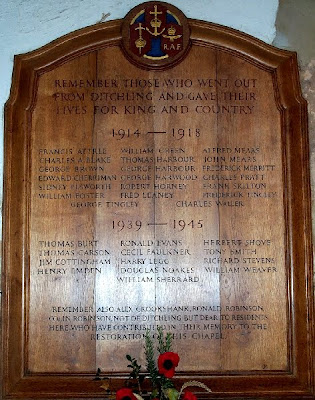 From a blogreader we received some new information
I have found out some more about the man who was Bertha Millen's son and Frances Maude's best man, decorated in the First World War and died of illness in 1943 after serving in West Africa.
I had read that once he left the Navy in 1919 he was unable to settle and was frequently picked up as a rural vagrant by the police roaming the lanes of Kent and Sussex.

He was also prominent in the 'return to the land' movement between the wars, advocating a more rural/ecological lifestyle as opposed to industrial capitalism; this lead him to espouse some right-wing nationalist views because of his passionate Englishness, which he saw being undermined in the 1930s.
His next youngest brother, Gerald (1887–1947) was a noted economist and conscientious objector.
His youngest brother, Ralph (1889–1966) won silver as a rower in the Summer Olympics of 1920.
The family home was Queen Court, Ospringe in Kent, now Queen Court Farm. St Peter and St Paul Church in Ospringe is where Phoebe was christened: it looks as if Alice was at home with her family when Phoebe was born.
Posted by Jerome Nicholas Vlieland at 20:50