Said to be Cowper’s “Johnny of Norfolk” by William Blake. 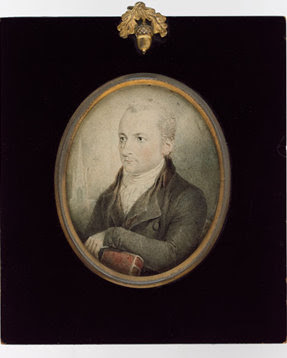 If you look closely at the marriage entre for Jerome  Nicholas Jansen de Vlieland, and his new wife Sarah Heath in 1824 at Hemblington Church, Norfolk you might notice the minister who officiated at this ceremony  was the Rev. Dr. John Johnson, (see blog 20th May 2009).

This is not an uncommon name and being so might not have aroused much interest, if you had not visited Hembleton Church and seen the plaque on the wall there to the memory of Sarah’s mother and father. It tells us they were William Heath and his wife Ann, who was daughter of John Johnson of Ludham, Norfolk. 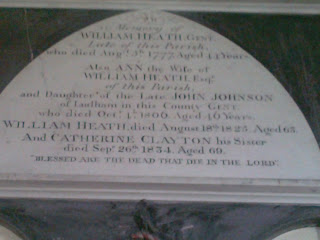 Armed with this information and Google I started to do more research. It turns out that William Johnson of Holt 1668 – 1722 and his wife Ann Crofts 1694 -1722 had a son John born Holt 28th May 1717 and died Ludham 26th July 1785.
One source believed this John to have been a tanner but others say a gentleman.
It would seem he married 3 times and that Sarah’s mother Ann was by Hannah his first or second wife.
The only son by any of these marriages to survive adulthood was John by his father’s third wife Catharine Donne born 15th July 1740 and daughter of the Rev. Roger Donne, (Rector of Catfield 1732-1773) and his wife  Harriet Judith Rival. It would seem Roger was the brother of Ann who was the mother of the great English poet and writer William Cowper.
This made William Cowper the cousin of John Johnson’s mother Catharine. Roger and Ann were both Children of Roger Donne of Ludham Hall 1678-1722 and Catharine Clench 1675-1733
It is said John Johnson first met William Cowper when he was in his early 20s and during his time at Cambridge.
Cowper is said to have formed an affection for this “wild and bashful boy” which was reciprocated and named him his “Johnny of Norfolk”.
Through his friendship with Cowper, Johnny circulated in the orbit of many well know artistic and literary people of excellence, including William Blake and William Hayley’s.
During Cowper later years and declining health he moved from Olney in Buckinghamshire to Norfolk to be nearer and cared for by his Johnny. Cowper died at his house in the Market Place, East Dereham on 25 April 1800. In later life between 1815 and 1824 Johnny edited a number of Cowper’s works including poems, letters, and personal correspondence.
The Rev. Dr. Johnson himself was Educated at Holt Grammar School. He later had private supplementary tuition, followed by Caius College, Cambridge.
He was ordained a deacon and priest in 1793.
He became a Bachelor of Law in 1794, a Doctor of Law 1803.
He was a curate of East Dereham, then Vicar of Hempnall and later became Rector of Yaxham with Welborne, Norfolk 1800-1833.
He was locally known as a poet himself. Living at Yaxham, he married and had issue by his wife Maria Dorothy Livius.
They were married 26 Aug 1808 Bedford.
Decedents are still in contact with St Peter’s, Yaxham’s  Church.
He was buried here 3rd Oct 1833. Yaxham is a good 20 miles or more from Hembelton which means that to get to his half-sister’s daughter’s wedding he must have walked or more probably ridden the 20 miles plus to officiate.
Anyone interested in finding out more on his life and works will be surprised at how much they can learn by using the search engine Goggle and by entering a mix of the following. Johnny of Norfolk ---William Cowper and John Johnson---William Blake and John Johnson---William Hayley and John Johnson---John Johnson of Yaxham. I have found some of the entries facts were incorrect. Especially one particular site, so I did take my information back to parish records and correspondence of the day in the hope this window into his life would be as accurate as possible. 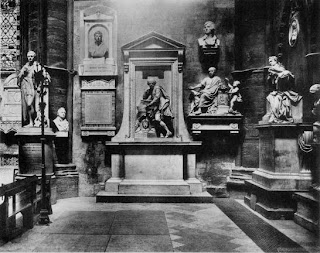 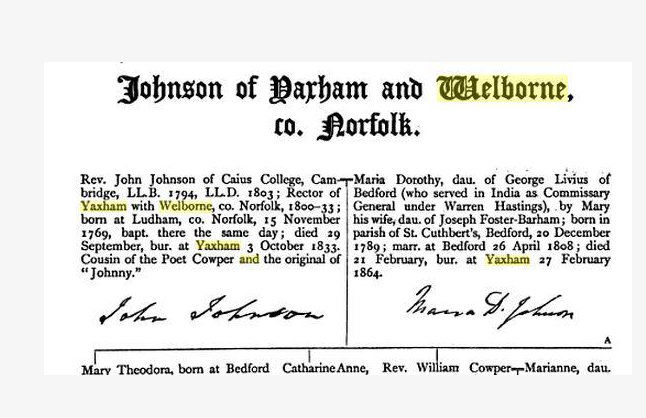 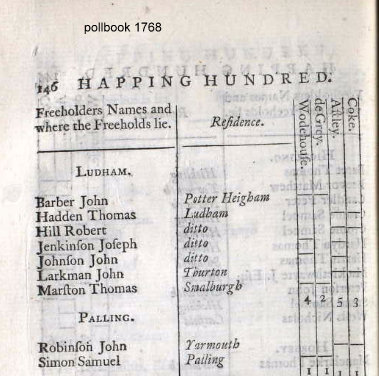 Posted by Jerome Nicholas Vlieland at 20:53