She married Thomas Edward Candler in Camberwell Surrey on the 15th of June 1882.
She died Jun 1891 in Surrey, United Kingdom And we already know that is a familiar name.He is the son  of Lawrence Candler  and Anna Maria Vlieland
In the 1881 census Thomas Edward Candler a mining engineer is at home in East Lodge, Crook And Billy Row with his Dad Lawrence Candler a colliery agent, his Mum Anna (nee Vlieland) and his grandma Sarah Vlieland
The following year he is in London marrying the child of Anna's sister Sarah 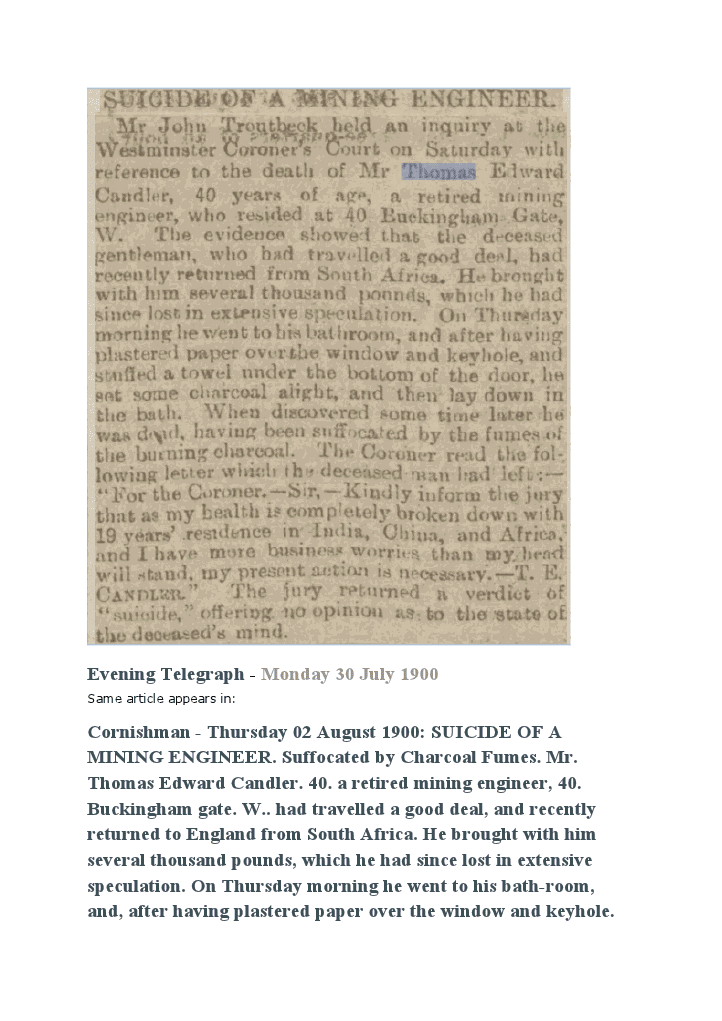 Posted by Jerome Nicholas Vlieland at 12:21