The old house at 135 King Street is being renovated and unique marble painted decorations have been found on the walls.

In the front first floor room plasterboard has been removed, which revealed Georgian panelling.  The panelling was removed in the search for asbestos revealing painted walls of a marble character.  It appears that there are two layers of paint.  It is thought that the decorative marbling had been painted in the early part of the 18th century.  In places it has been over-painted.  It is similar to the unique and expensive marble painting on the columns in St. George’s Church (c1715), but is less sophisticated. It is blue and pink.  The idea to paint the walls in this room might have come from the church or, maybe, from a Grand Tour.   Also in this room is wallpaper which pre-dates 1830.  It was nailed to the wall as wallpaper was expensive and nailing allowed it to be moved to another place.  This shows that the property was of high status and vied with South Quay in terms of grandeur.

Below is a gravestone in St Nicholas Church GY you might not be familiar with.  The gravestone miraculously survived the bombing and subsequent fire during the Second World War. 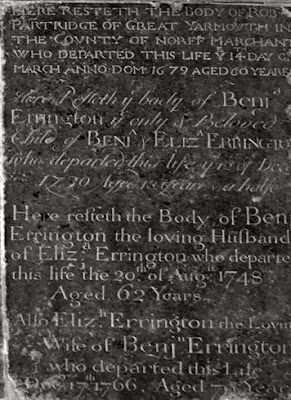 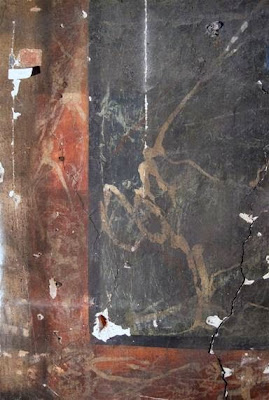 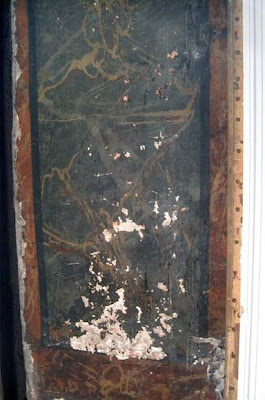 Posted by Jerome Nicholas Vlieland at 21:04