Hugh Chesterman in the newspaper 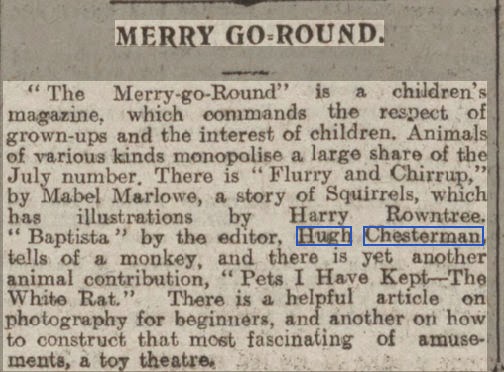 MERRY GO ROUND. " The Merry-go-Round" is a children's magazine, which commands the respect grown-ups and the interest of children. Animals of various kinds monopolise a large share of the July number. There is " Flurry and Chirrup," by Mabel Marlowe, a story of Squirrels, which has illustrations by Harry Rowntree. Baptista by the editor, Hugh Chesterman, tells of a monkey, and there is yet another animal contribution, " Pets I Have Kept—The White Rat." There is helpful article photography for beginners, and another on how to construct that most fascinating of amusements, toy theatre. 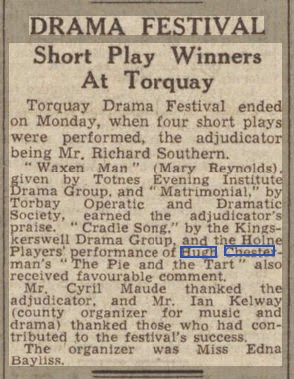 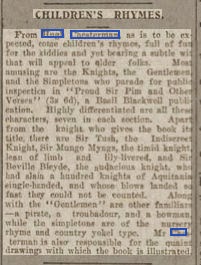 CHILDREN'S RHYMES. From Hugh Chesterman, as is to expected, come children's rhymes, full of fun for the kiddies and yet bearing subtle wit that will appeal to older folks. Most amusing are the Knights, the Gentlemen, and the Simpletons who parade for public inspection in u Proud Sir and Other Verses" (3s 6d), Basil Blackwell publication. Highly differentiated are all these characters, seven in each section. Apart from the knight who gives the book its title, there are Sir Tush, tho Indiscreet Knight, Sir Mungo Myngs, the timid knight, lean of limb and lily-livered, and Sir Beville Blevde, the audacious knight, who had slain a hundred knights of Aquitania eingle-handed, and whose blows landed so fast they could not be counted. Along with the "Gentlemen" are other familiars pirate, a troubadour, and a bowman, while the simpletons are of the nursery rhyme and country yokel type. Mr Chesterman is also- responsible for the quaint drawings with which the book is illustrated. 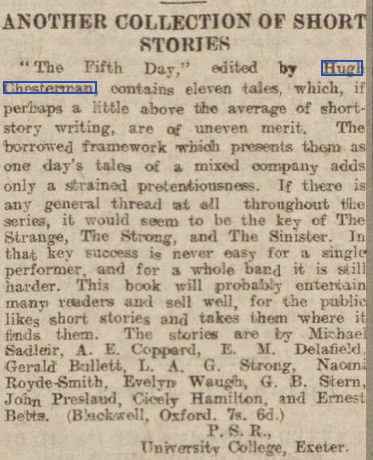 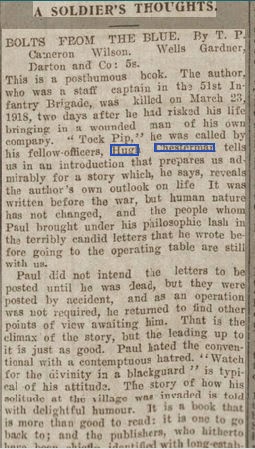 Aberdeen journal 19 September 1929
A SOLDIER'S THOUGHTS. BOLTS FROM THE BLUE. B T - I> Cameron Wilson. ells Gardner, Darton and Co: os. This is a posthumous book. The author, who was staff captain thii 51st Infantry Brigade, was ki led on M.iich 1918, two days after he had ns-sed lus life bringing in a wounded man his own company. Tock Pip," he was called by his fellow-officers, Hugh Chesterman tells in introduction that prepares admirably for story which, he says, reveals the author's own outlook on life was written before the war, but human mituic has not changed, and the people whom Paul brought under his philosop ash in the terribly candid letters that he urote before going to the operating table are still with us. Paul did not intend the letters to be posted until was dead, hut they were posted accident, and operation was not required, he returned to find other points of view awaiting him. That is the climax of the story, but the leacing up to it is just as good. Paul hated conventional with a contemptuous hatred. ' 1 Watch for the divinity blackguard is typical of his attituds. The story how his solitude at the village was invaded is told with delightful humour. It a J that is more than good to read: it is one to go back to; and the publishers, who hitherto have been chiefly identified with long-established favourite publications young people, are to congratulated on giving this fine bit of work in so attractive a form. 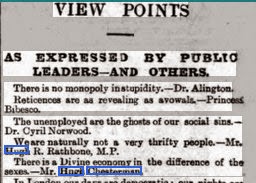 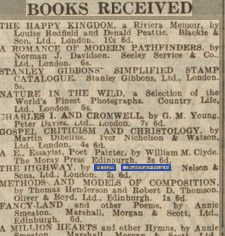 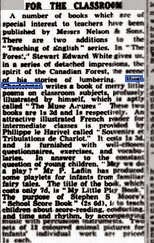 FOR THE CLASSROOM A number of books which arc of special interest to teachers have been published by Messrs Nelson & Sons. There are two additions to the “Teaching of English’* series. In “The Forest/’ Stewart Edward White gives us. in series of detached impressions, the spirit of the Canadian Forest, the scene of his stories of lumbering. Hugh Chesterman writes book of merry little poama on classroom subjects, profusely Illustrated by himself, which is aptly called The Muse A.ruses These two books are Is 3d and respectively. An attractive illustrated French reader for intermediate classes is provided by Philippe le Harivel called *’ Souvenirs et Tribulations de Chariot.” It costs la 3d. and furnished with well-chosen questionnaires, exercises, and vocabularies. In answer to the constant question of young children. '* May do play?” Mr P. Laflin has produced some playlets for Infants from familiar fairy tales. The title of the book, which coeta only 7d, ia Little Play Book." The purpose of Stephen S Moore’s M School Score Book ” (2s 6d). is to teach children about score-reading, conducting. and time and rhythm, accompanying music with percussion instruments. Two sets of 12 coloured animal pictures for infants* individual work are priced Is each. STUDY OP THE RENT ACTS “THE RENT AND MORTGAGE INTEREST RESTRICTIONS ACTS. 1920 to 1033" by Allan Neil. M.A.. S.S.C.. and R. A. Simpson. Edinburgh Wm. Hodge & Co.. Ltd. 19a net. The first Rent Restriction Act became law some years ago. and since then many new have been passed. These are complicated in their terms, and the decisions arising out of them are often so seemingly contradictory* that even the proverbial Philadelphia lawyer might well be puzzled to understand them. The joint authors of this book arc authorities on the Rent Acts, and the second and much enlarged edition now published gives ample evidence of the close and careful study which they have brought to bear on this very difficult subject. The work is thoroughly up to date, and, of course, includes the important Act of 1933; while copious references to decisions bearing on the various points form feature of it. and prove beyond doubt the amount of careful and painstaking research expended on its preparation. The work, clear, practical, ana concise, should prove of the utmost value not only to lawyers, but to all those who are likely to be confronted with difficult questions under the Acts.
Edinburgh Evening News - Monday 19 February 1934

Posted by Jerome Nicholas Vlieland at 12:22