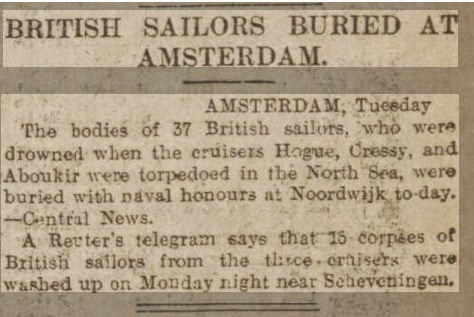 More about the Cressy  or his crewmember Frank Vlieland Parker 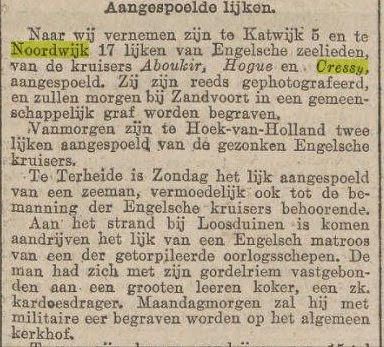 17 bodies of British mariners washed up  in Noordwijk and Katwijk Some items with H.M.S.Cressy on them as well

translation of the clipping

As we learn from  Katwijk there are 5 bodies washed ashore and in Noordwijk 17 bodies of English sailors of the ships Aboukir , Hogue and Cressy.
They are already photographed and will be buried tomorrow in a communal grave near Zandvoort.
This morning in Hoek Of Holland two bodies surfaced from those sunken cruisers.
In ter Heide on Sunday one body
At the beach of Loosduinen there was one body of an English sailor of the torpedoed ships .
The man was tied to a latge leather tube a so called cartridgecarrier.
On Mondaymorning he will be buried with all honours at the local cemetery .
Also drifted to the shore 15 oars,diningtables from the sailorsdepartment,a door on which `` cart house ``
On some of the items is H.M.S.Cressy on others Hogue
Also there is a little box which according to the inscription is used for wireless telegraphy and a narrow long  box made of teak for binoculars for measuring distances.
In a Dutchblog we find more about the Cressy 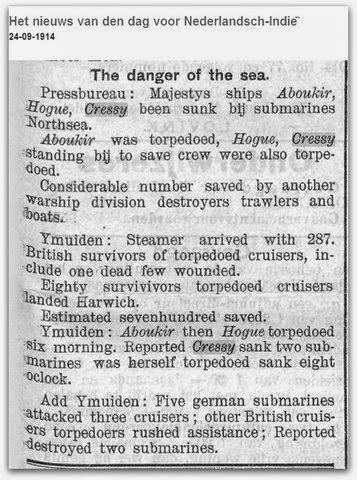 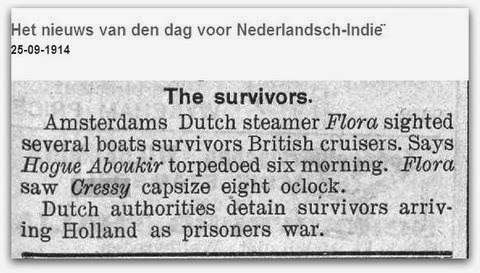 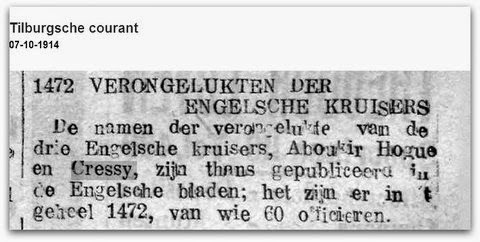 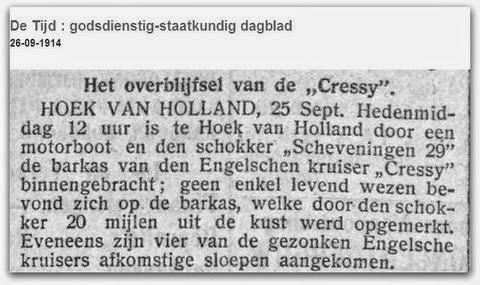 In Hoek of Holland  the hull of the Cressy is towed in . 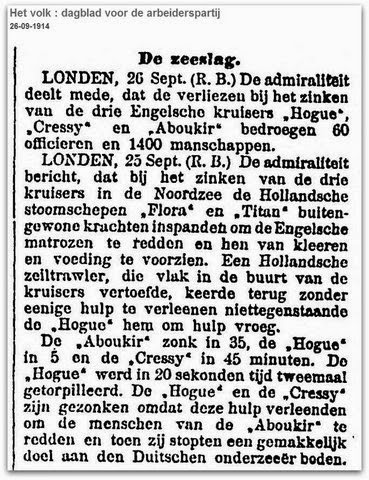 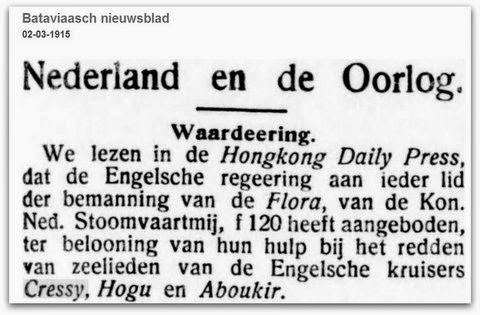 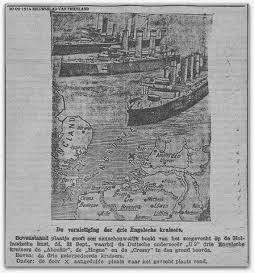 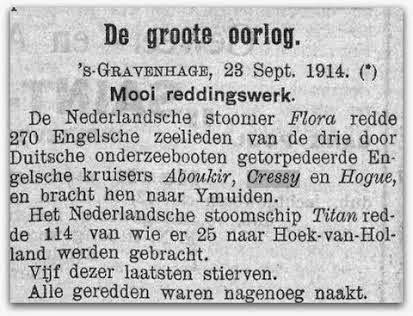 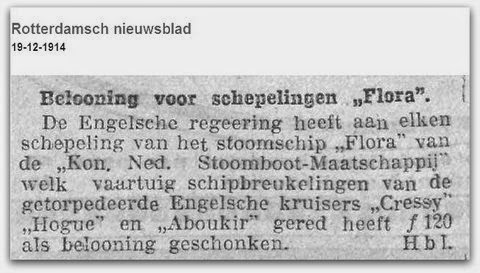 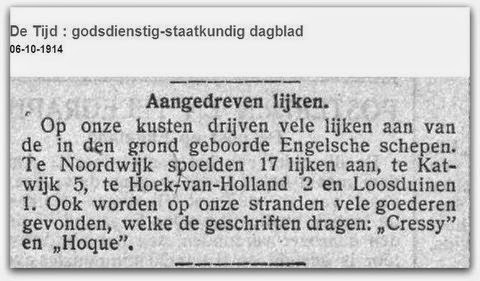 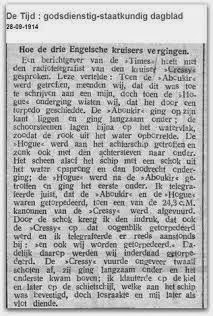 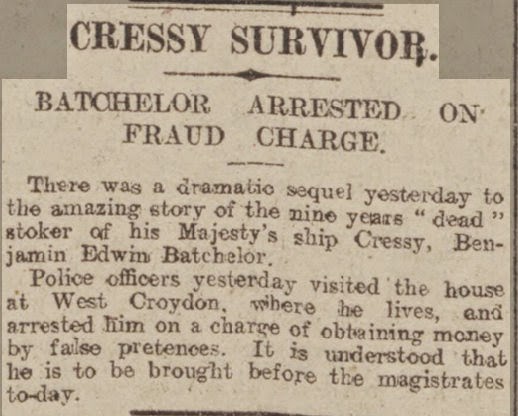 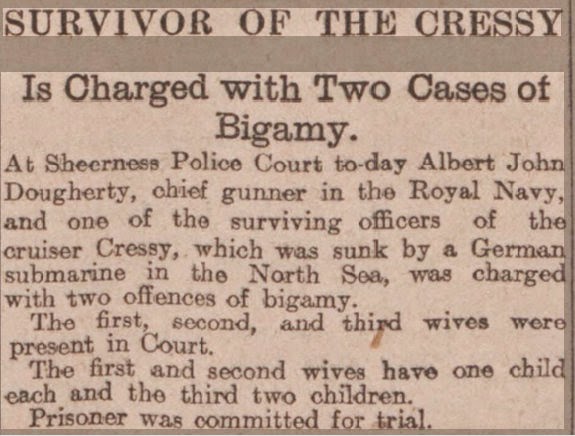 Posted by Jerome Nicholas Vlieland at 12:33