Imagine Jerome sitting at the breakfasttable , reading the newspaper , seeing the advertisement and deciding to book a trip to France for the summer holidays . 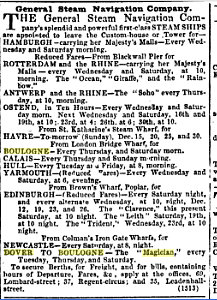 He went as we see in the list of aliens. 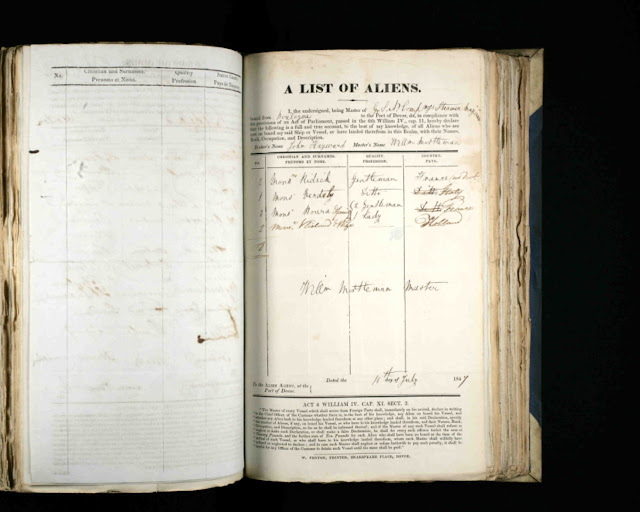 The Magician was the ship that Jerome Vlieland and his wife used to go from Dover to Boulogne .
The Magician ,built in 1842 was the second iron ship of the General Steam Navigation Company.it usually operated between Dover and Boulogne.
On 1 1th May, 1844, the General Steam Navigation Company put theMagician on the route between Dover and Boulogne. She was built of iron, being the second vessel so made to be owned by the company - the first had been the Rainbow .
It was an  iron paddle steamer built by Ditchbum & Mare, Orchard 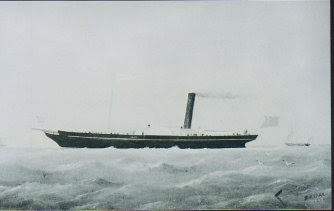 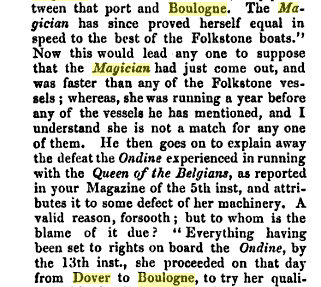 Mechanics' magazine and journal of science, arts, and manufactures, Volume 42

Posted by Jerome Nicholas Vlieland at 13:49